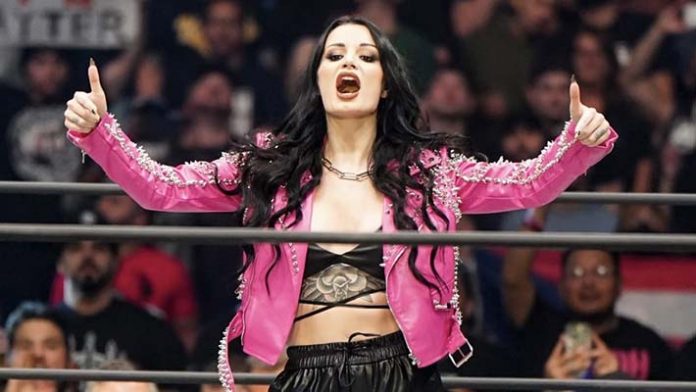 Saraya is said to have signed a multi-year contract with AEW.

According to a new report from Fightful Select, the former WWE Divas Champion has signed a three-year contract. There’s no word yet on whether the contract includes option years, which is common with AEW deals.

The amount of money Saraya signed for implies that she will wrestle in some capacity. There is still no confirmation that she has been medically cleared, but it has been reported that she was not until recently, and that she wanted to be.

Several AEW stars reportedly “went to bat” for Saraya and said nice things about her. According to one AEW source, Saraya “didn’t need it since there was interest when she became available.” Saraya was reportedly approached by AEW shortly after her WWE contract expired in early July, making her a free agent.

Saraya’s arrival is said to have sparked excitement in the locker room.

Saraya is expected to face Britt Baker soon, but this has yet to be confirmed. Saraya debuted last week before Baker, Jamie Hayter, and Serena Deeb had a chance to attack Interim AEW Women’s World Champion Toni Storm and Athena, following the Fatal 4 Way in which Storm defeated Baker, Athena, and Deeb.

Saraya is scheduled to speak to the crowd during tonight’s live AEW Dynamite from Philadelphia.