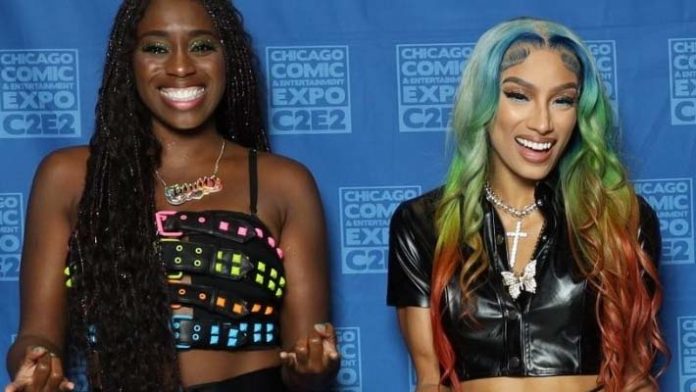 “Last week, which is the last I checked, the contract hadn’t been signed but they were all expecting that it was happening. They were all on the same page. I was basically told it’s as good as done but they haven’t signed so it could fall through. They may have already signed by now but a week ago, [I was told] they’re back. It could be tomorrow, it could be in a couple of weeks. It’s whatever day they want. They are probably pacing things. You don’t want to show all your cards in week 1 (after Triple H taking over). You want to have something big to talk about every week for the next couple of weeks. An agreement in principle was reached over a week ago.”

In addition to the return of Banks and Naomi, Triple H is also considering bringing back a few other stars, and some of the current roster members are expected to be repackaged. The possibility of repackaging T-Bar was mentioned on Sunday by PWInsider. It is anticipated that Tommaso Ciampa will be freed from The Miz and that his persona will begin to return to that of NXT.

PHOTOS: Sasha Banks To Have New Look Upon Rumored Return To WWE

You can listen to the latest Sunday Night Main Event Podcast below: