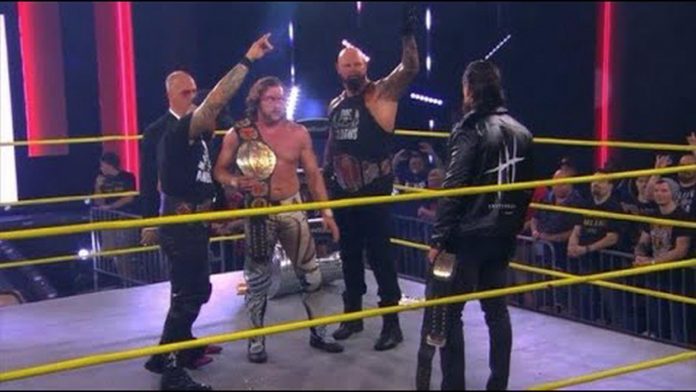 At the end of Impact Wrestling’s Slammiversary 2021 PPV, NJPW star Jay White made an appearance and confronted Impact World Champion Kenny Omega. A person was then seen running down to the ring but the PPV abruptly went off the air.

Mike Johnson of PWInsider.com noted the following about the ending:

“The Slammiversary PPV went off the air exactly as planned, with Jay White staring down Kenny Omega. The idea was to get everyone to want to watch Thursday to see what happened.”

It was FinJuice that hit the ring when Slammiversary went off the air. White laid out David Finlay and Omega’s group fled the ring.

A Bound For Glory 2021 PPV commercial that aired during Slammiversary teased NJPW being involved with the event:

IMPACT Wrestling returns to PPV on October 23rd with Bound For Glory! pic.twitter.com/9B4wnheLsq