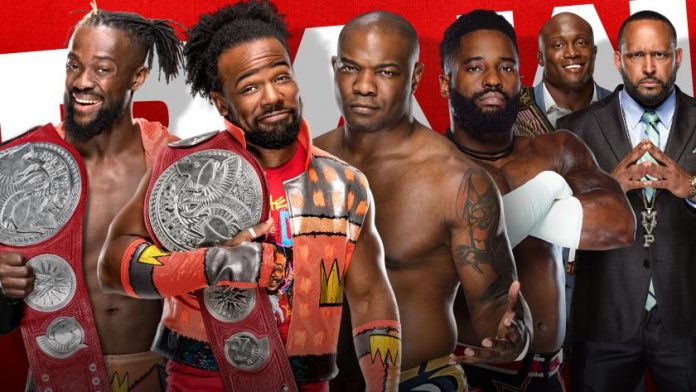 As seen on this week’s WWE RAW, the New Day vs. Hurt Business match initially ended in an awkward-looking double count-out and was restarted. Bryan Alvarez of F4WOnline.com discussed that happened:

“I was told that the finish of the match was supposed to be that the Hurt Business would win via count-out but they are supposed to call it like a shoot and they didn’t get in the ring fast enough and so the referee called it a double count-out. Then The New Day, for some weird reason, they were all heelish last night. They start backing up the ramp celebrating that they defended the titles via double count-out and MVP the heel cuts the promo saying, ‘the fans don’t want to see this, you’re not gonna take that are you? Get back in this ring and let’s restart it.’ So yes it was a botch but it wasn’t like a big time botch. It was just one guy who didn’t get back in so instead of a normal count out it was a double count-out.”

What the hell just happened?
Did WWE just call an audible?#WWERaw pic.twitter.com/2nEAcuhqu6