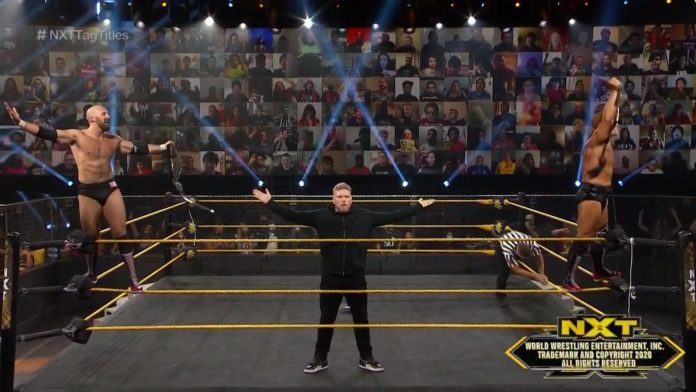 The WWE NXT brand is reportedly being written with long-term booking in mind. It was noted in the Wrestling Observer Newsletter that while RAW and SmackDown are now known for last day re-writes and driving the creative team crazy, NXT is being written with long-term plans in mind, and there are almost never late changes on the day of the show. If there are late changes, they are usually forced based on someone who’s booked being pulled for COVID-19 or other reasons.

On a related note, Pat McAfee will reportedly be off NXT TV for a while. This was WWE’s call, not a decision made by McAfee. While there is no concrete word on when McAfee will be back, word is that he was given the impression that he won’t be back until the spring.