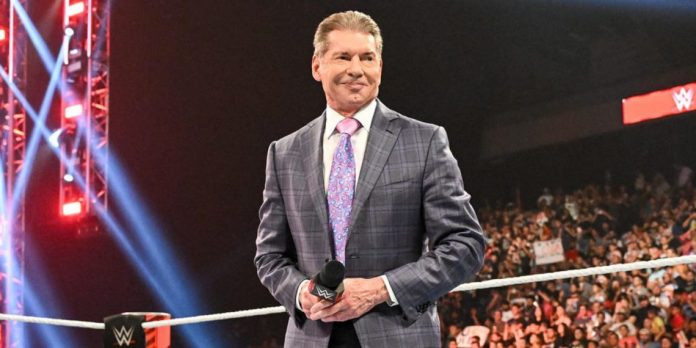 Even though WWE Chairman & CEO Vince McMahon had a horrible media day on Friday, he apparently oversaw last night’s SmackDown on FOX taping, and word is that the show was entirely his idea and direction.

According to PWInsider, McMahon did arrive at the Dickies Arena in Fort Worth, Texas, later than usual, but he chose not to “sell” or address the most recent allegations that were published by The Wall Street Journal on Friday. Once more, it was referred to as “the elephant in the room” that was being overlooked.

After taking some time off the road for shoulder surgery, WWE Senior Vice President and RAW/SmackDown Executive Producer Bruce Prichard returned to work at last night’s SmackDown. While the Board of Directors is looking into John Laurinaitis, Prichard is also now serving as the Interim Senior Vice President of Talent Relations.

Interim WWE CEO & Chairwoman Stephanie McMahon and EVP of Global Talent Strategy & Development Paul “Triple H” Levesque did not attend last night’s SmackDown. Due to possible repercussions from Friday’s WSJ piece, there had been some speculation about their involvement on SmackDown, but they were not there.

As a result of recent budget cuts, WWE no longer hires Joe Hennig (Curtis Axel) and Ariya Daivari to serve as producers. They had been producers on a trial basis, therefore their absence made everyone’s night more difficult in terms of production.

Due to the extensive workload and the amount of time the company expects the producers to put in, WWE made a huge push for more producers to be added shortly after WrestleMania 38, which is why some new producers were added on a probationary basis.

As PWMania.com previously reported, it was disclosed on Wednesday, June 15 that Vince was the subject of an inquiry by the WWE Board of Directors regarding the “secret $3 million settlement” he had given to the former paralegal employed in 2019. The involvement of Laurinaitis is also under investigation, and the Board is also looking into other incidents involving former female employees. Then, on Friday, June 17, it was revealed that Stephanie had come back from her leave of absence to serve as the interim CEO and chairwoman after Vince willingly stood down from his chairman and CEO business obligations while continuing to carry out his creative tasks. Then, on Monday, June 20, it was made public that Bruce Prichard, Senior Vice President of WWE and Executive Producer of RAW/SmackDown, is also serving as Interim Senior Vice President of Talent Relations, standing in for Laurinaitis throughout the inquiry. Then, today, Friday, July 8, it was made public that McMahon had agreed to pay four women, among them a former wrestler, more than $12 million in “hush money.”