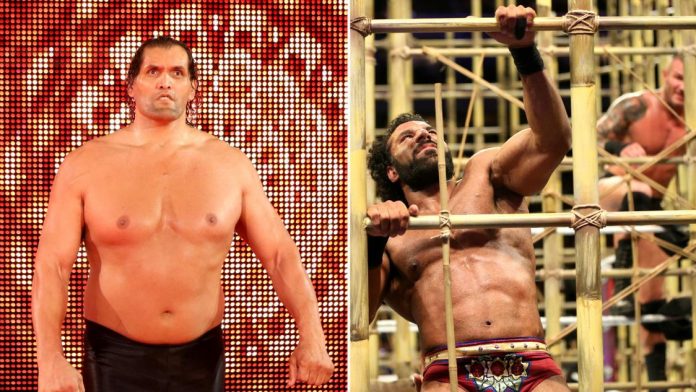 The Great Khali was reportedly brought back to WWE to help get Jinder Mahal over more with the fans in India. There is speculation that Mahal’s push isn’t working as well as WWE hoped but the company still wants to work on gaining revenue in that country and isn’t giving up on Mahal just yet. It’s unknown at this time how long Khali will be sticking around.

Regarding Jinder Mahal’s push, Reddit user indianwwefan1 noted that on the Hindi commentary, the announcers were pushing Mahal heavily as the babyface and one of them stated that “1.3 Billion people are supporting him, and that will lead him to victory today.” The narrative was described as “that evil American Randy Orton will do anything to take away Jinder’s title.”

You can check out the Hindi reaction to The Great Khali’s return below: