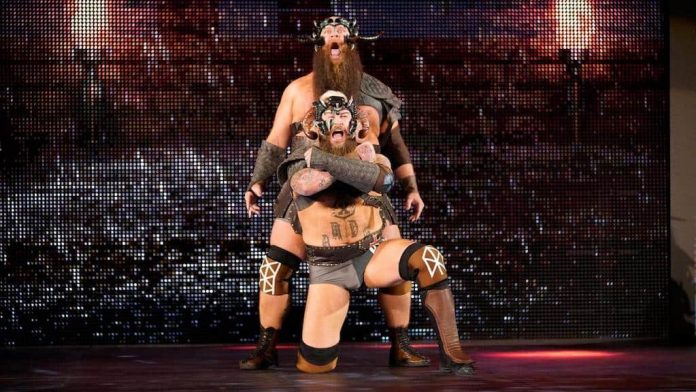 WWE sparked controversy this week by promoting the reigning NXT Tag Teams to the main roster by a name other than the established The War Raiders monicker. As part of the 2019 Superstar Shake-up on Raw, WWE introduced them as The Viking Experience.

The wrestler formerly known as Hanson is now called Ivar, whereas the former Rowe is now known as Erik.

The Viking Experience was not the name the WWE creative team initially had in mind for them. According to PWInsider, they were at one point slated to be billed as The Berzerkers.

The decision to have their names changed was made a few hours before Raw by Vince McMahon. He made the change because he did not want to include “War” in their name, nor “Raiders” since an NFL team goes by that name.

A lot of people pushed for them to still be called Hanson and Rowe, but McMahon didn’t like either name.

According to Dave Meltzer in the Wrestling Observer Newsletter, McMahon also didn’t like them being called The Berzerkers.

“This was a Vince McMahon call. It was literally a last day thing, where at one point they were to be called The Berzerkers, but McMahon didn’t like that, and Viking Experience is the name he went with,” Meltzer wrote.

Another name considered for them was Swamp Vikings.