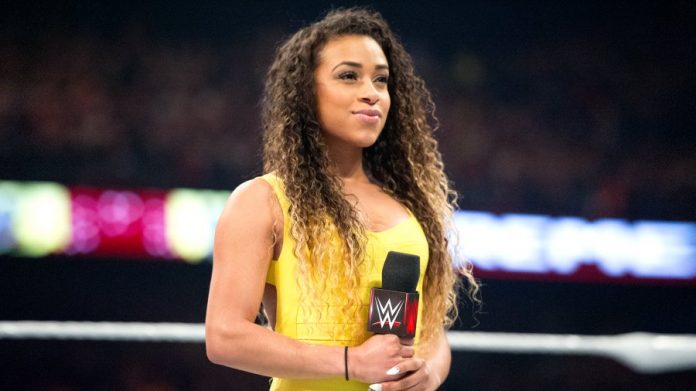 What happened to JoJo?

It’s been weeks since JoJo last appeared on Raw and fans are beginning to wonder what happened to her.

As it turns out, JoJo has been absent due to a “personal situation.”

“I am told that there is nothing wrong as far as heat or anything. She has just been off the road for a couple of weeks and I was told it’s just a personal situation and she is still employed by the company,” Mike Johnson said Tuesday on the PWInsider Elite audio hotline.

JoJo last appeared on Raw on New Year’s Eve, which was taped three days earlier. In her absence, Mike Rome has been handling ring announcing duties.

JoJo probably won’t be back next week as WWE.com revealed the announcer lineup for Royal Rumble and Royal Rumble Kickoff yesterday and the ring announcers are listed as Rome and Greg Hamilton,