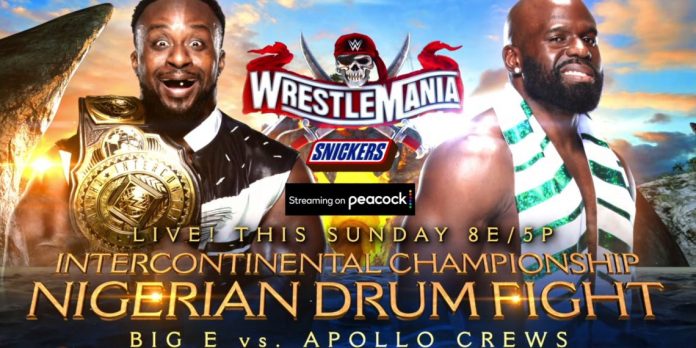 WWE has indicated that the Nigerian Drum Fight between Apollo Crews and WWE Intercontinental Champion Big E at WrestleMania 37 will be just like a standard No DQ match, but Fightful Select reports that those involved in WWE had no idea what exactly the match will consist of as of earlier this week.

There were ideas for the match still being tossed around as of last week’s SmackDown TV tapings to air tonight. However, by the time those tapings were complete, there was still no firm plan as to what the Nigerian Drum Fight will be.

Crews vs. Big E is scheduled to take place on Sunday, during Night Two of WrestleMania 37.