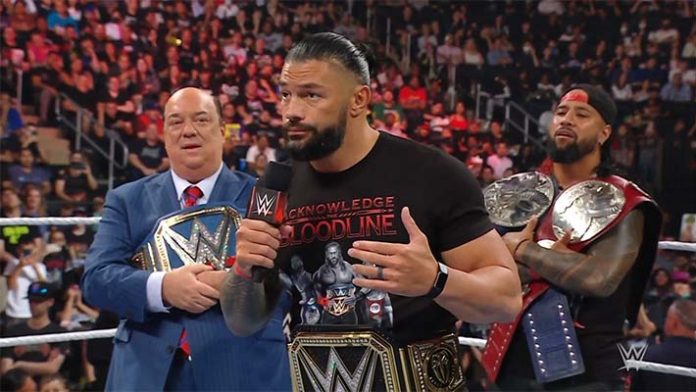 Due to Roman Reigns’ segment running over its time allocated on July 25th’s episode of WWE RAW, changes had to be made.

Drew McIntyre wrestled Theory in a singles match on this SummerSlam go-home edition of RWA from Madison Square Garden, where McIntyre lost by disqualification after being attacked by the Brawling Brutes.

The opening segment with Reigns ran on for a long time as he hyped his last man standing bout against Brock Lesnar, according to Dave Meltzer in the Wrestling Observer Newsletter. As a result, the in-ring promo before this match was reportedly cut.

The match had to be called in the ring rather than being preplanned due to the time shift as well.

WWE has started to let the top talent to improvise more in their matches since they can call spots in the ring rather than pre-planning everything. This was carried out during the Sheamus vs. McIntyre match on SmackDown last Friday.

At the September Clash at the Castle event, McIntyre will compete for Reigns’ Undisputed WWE Universal Title.