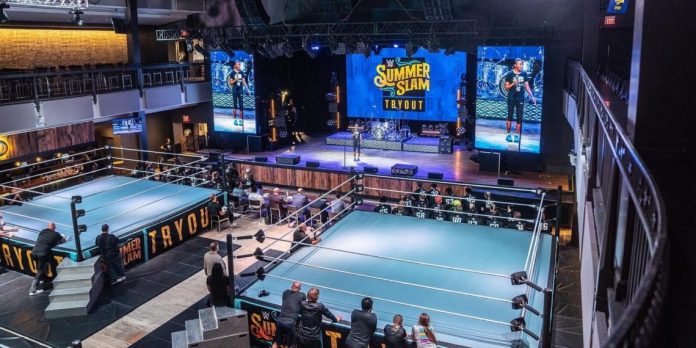 The most recent tryouts for WWE were held last week over SummerSlam weekend, but things didn’t go as planned.

As they renamed NXT to NXT 2.0 in September with the intention of concentrating on signing athletes, WWE shifted away from recruiting and signing independent wrestlers.

As PWMania.com previously reported, WWE had gotten in touch with several independent wrestlers to inquire about their interest in going to these tryouts. According to reports, the plan is still to sign up collegiate athletes and train them as wrestlers.

There were 50 athletes from 47 colleges during the tryouts, according to Dave Meltzer’s report in the latest Wrestling Observer Newsletter, but no one jumped out as a potential superstar.

According to one source, this might be the final tryout where only college athletes are used because the source thinks WWE will switch back to preferring independent wrestlers with experience in addition to recruiting athletes.

This would be consistent with a prior report stating that Triple H’s previous plan was to “somewhat” return in WWE NXT.

According to the source, although WWE signed 14 athletes to contracts, there were problems with injuries during the tryouts. Meltzer said, “There were a few concussions and shoulder injuries and more injuries possibly then any tryout ever due to the in-ring inexperience.”