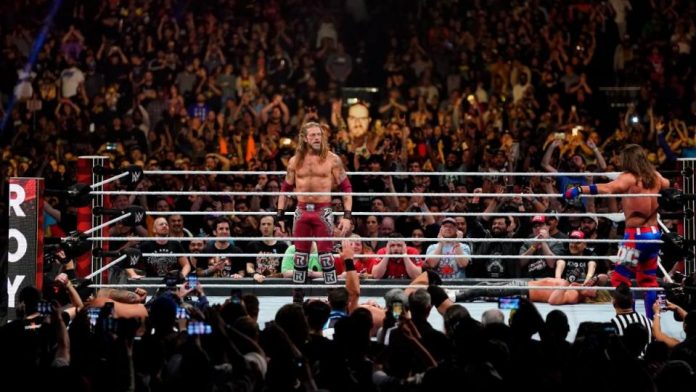 Regarding Edge’s return to the ring at the Royal Rumble, Mike Johnson of PWInsider.com is reporting that Edge was flown to Houston, TX on Sunday morning on a private plane. Edge was kept hidden until it was his time to come out to the ring and WWE had camera crews with him to an upcoming documentary.

Johnson noted that Edge is expected to be a special attraction in WWE and won’t be wrestling on a weekly basis.

Edge has a new t-shirt out and his return video on WWE’s YouTube channel already passed a million views overnight.