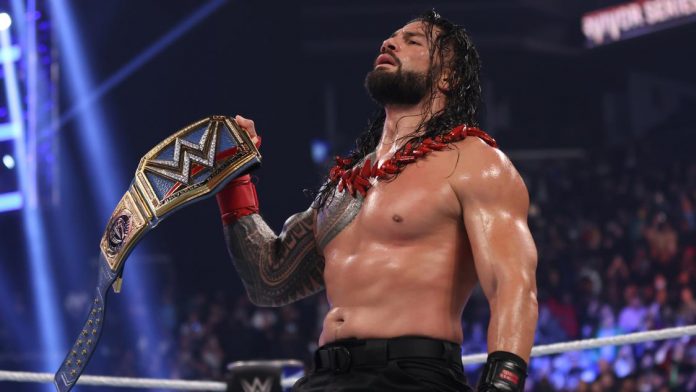 There were reportedly concerns over timing issues at Sunday’s WWE Survivor Series pay-per-view. You may have noticed how things seemed rush towards the end of last night’s Survivor Series pay-per-view from the Barclays Center in Brooklyn. PWInsider reports that there was some worry and what was described as a “minor freak out” backstage during the main event between WWE Champion Big E and the winner, WWE Universal Champion Roman Reigns, as officials were concerned about running out of time for the show.

The pay-per-view was scheduled to go off the air no later than 11:35pm ET, and still had the main event match to go. WWE ended up several minutes left, but in that moment when there was concern backstage, there were people wondering why so much time was given to entrances for the Men’s 5-on-5 Traditional Elimination Match.

On a related note, one WWE source stated that the Survivor Series match order that ended up happening was locked in weeks ago. However, there were members of production who had the entire show blocked out in reverse earlier on Sunday afternoon. It was reported on Sunday evening how the plan as of the afternoon was for Big E vs. Reigns to open the show, while the women’s match between SmackDown Women’s Champion Charlotte Flair and the winner, RAW Women’s Champion Becky Lynch, would close the show. A late change was made in the evening with those two matches getting switched.

There was nothing of note that happened after the Survivor Series pay-per-view went off the air. Reigns and Heyman went to the back and Big E soon followed.

Stay tuned for more on the pay-per-view. Below is a new video package of highlights from the event: