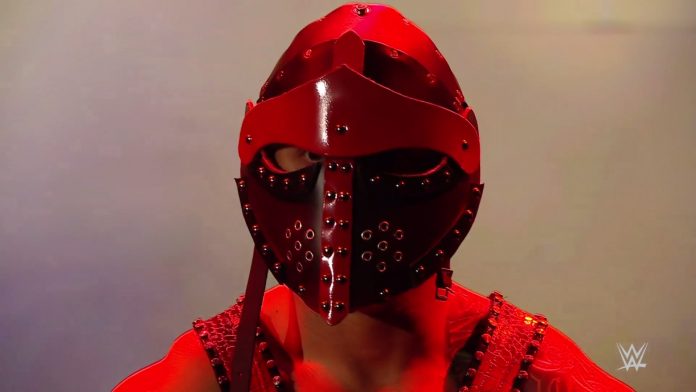 WWE Chairman & CEO Vince McMahon reportedly pulled Karrion Kross from TV because he didn’t get over.

As noted, WWE released Kross and 17 other talents on Thursday evening, including Kross’ fiancee Scarlett Boudreaux.

It was noted in the latest edition of the Wrestling Observer Newsletter that McMahon recently made the decision to pull Kross from TV because he hadn’t gotten over with the fans since being called up to the main roster.

People within WWE had been told that they were going to re-package Kross for a third time.

It was reported in late October that WWE had more character changes in store for Kross, with the idea that he would become more of a “psycho” yet still “calm and cool.” The report noted that Kross was going to keep the Gladiator helmet, but would receive new theme music and a new entrance. The plans also called for Kross to remain by himself on RAW as there were no plans to bring Scarlett up to join him.

Kross was picked by RAW in the recent WWE Draft, and while he had not wrestled on RAW since defeating Jaxson Ryker on September 27, he did defeat Ricochet on the October 7 edition of WWE Main Event. Kross had also been featured in new RAW vignettes to tease the potential character change, and he worked WWE live events in early October, defeating John Morrison at non-televised Supershows.