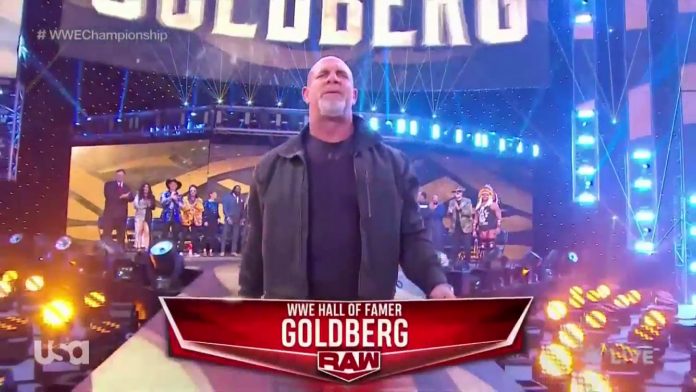 While there are reportedly no top matches locked in for WrestleMania 37, word now is that the WWE creative team started working on “bigger” ideas once officials made the decision to hold the event over two nights.

The belief now is that the company needs four major matches for WrestleMania 37 – two for each night, according to a new report from @Wrestlevotes. This likely requires outside assistance from top names, such as WWE Hall of Famer Bill Goldberg and John Cena. Goldberg is currently contracted for two matches per year until 2023. His first match of this year will come at the Royal Rumble on January 31 when he challenges WWE Champion Drew McIntyre. John Cena has been away since losing to “The Fiend” Bray Wyatt at WrestleMania 36 last year, focusing on his Hollywood career.

It was also said that The Rock is unlikely to work WrestleMania this year. As we’ve noted, WWE Universal Champion Roman Reigns has been floating the idea of possibly facing The Rock at WrestleMania 39 from Hollywood in 2023. Regarding The Undertaker, it was noted that he is still “to be determined” for The Grandest Stage of Them All but most people backstage think he’s actually done this time, especially after his “Final Farewell” at the recent WWE Survivor Series pay-per-view. However, WWE Chairman & CEO Vince McMahon could convince Taker to come back, as he has done in the past. There has been no real talk on Brock Lesnar’s return for WrestleMania 37, but he has been rumored.

Follow up on the Taker part. Majority of those backstage think he’s done. And rightfully so. However, it only takes one call, from one usually conVINCing man to change all that.