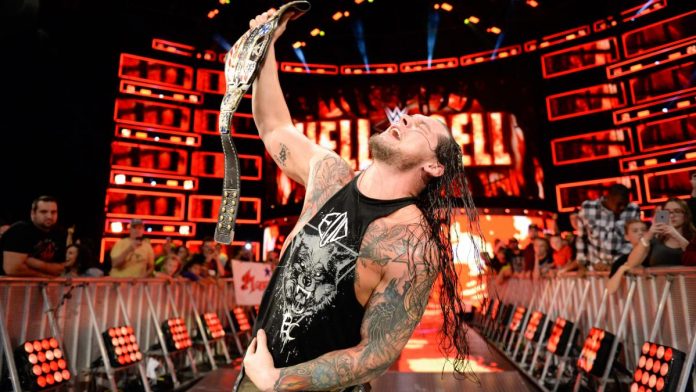 – Above is video of new WWE United States Champion Baron Corbin talking to Renee Young and Peter Rosenberg on Talking Smack after his big win at Hell In a Cell last night. Corbin talks about how he’s now laughing in the face of the keyboard warriors. Corbin says he’s not handing out any title shots to those in the locker room, they need to earn a shot if they want it. Corbin says he doesn’t respect anybody in the back because he’s the champ and he’s going to do what he wants, which has worked out pretty well for him.

– Becky Lynch and SmackDown Women’s Champion Natalya had this Twitter exchange about Natalya retaining the title over Charlotte Flair via disqualification at Hell In a Cell last night:

Time to see who I'll be taking that title from….I hope it's my friend. Let's go @MsCharlotteWWE ! #HellInACell

Along with a good cup of strong tea, you might want to check in on your BFF @MsCharlotteWWE’s leg… AND I’ll take good care of the championship! ? https://t.co/0E2ITVM1Qs

– Below is a new promo for the October 22nd WWE TLC pay-per-view:

We are officially just TWO WEEKS AWAY from #WWETLC, streaming LIVE on the award-winning @WWENetwork! pic.twitter.com/CsDQ5xFeoU