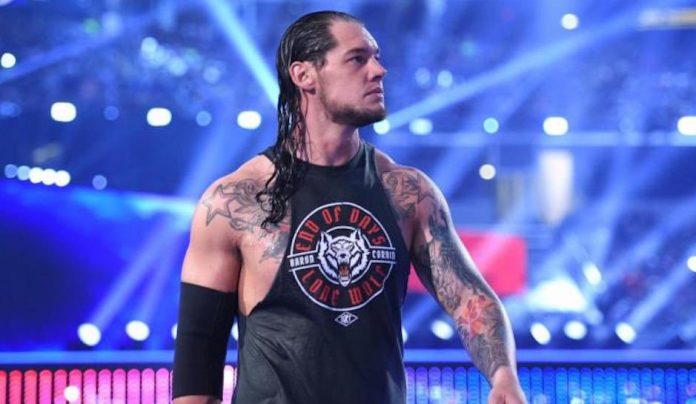 – WWE Games posted this new video of Finn Balor, Kevin Owens and Sasha Banks talking about WWE Hall of Famer Kurt Angle being the pre-order bonus for the upcoming WWE 2K18 video game. Balor says Angle has influenced an entire generation of WWE Superstars and it’s a huge honor to work with him again. Balor previously worked some with Angle in Japan and says he learned a lot but it’s great to see him every week at RAW as the General Manager now. Sasha mentions how she always gets goosebumps when she sees Angle in catering and gets a huge. She says to work with him is a legit dream come true.

– WWN Live announced today that WWE Performance Center Coach Norman Smiley will be the special guest for the September 22nd WWN Seminar/Tryout in Livonia, Michigan. More details on the event will be announced next week.

– As noted, Nikki Bella took to Twitter yesterday and teased a front row appearance at WWE SummerSlam for the Baron Corbin vs. John Cena match when responding to a post-SmackDown tweet from Corbin to her fiance. As seen below, Corbin responded to Nikki today and told her to bring a towel for when things get rough:

.@JohnCena insulting me makes you no better than all the losers on twitter. Way to be a role model. See you at #SummerSlam

Front row? I'll be sure to slam him in to the barricade in front of you. Bring a towel, you can throw it in when he can't take anymore.