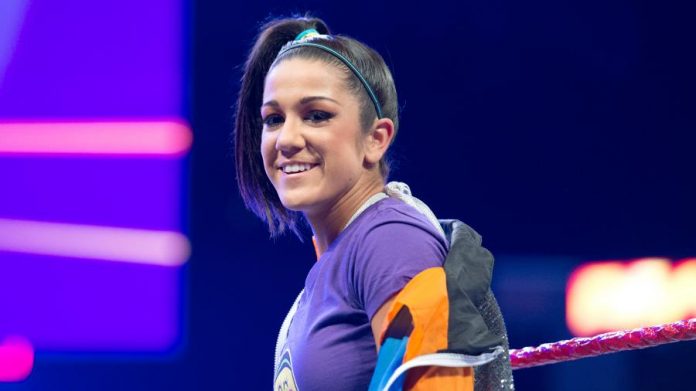 – As noted, Bayley defeated Sasha Banks on last night’s RAW to earn a SummerSlam shot at RAW Women’s Champion Alexa Bliss. In the video above, Bayley talks about being excited for the match and gives props to Sasha for being one of the best women’s wrestlers ever. Bayley says the win is kind of bittersweet but the win was also a dream come true. She’s won titles and wrestled on WrestleMania but she’s always wanted to have a title shot at SummerSlam and now she gets that chance. Regarding Bliss, Bayley is confident about winning her title back.

– As noted, rapper Wale was ringside for last night’s RAW in Washington, DC. It will be interesting to see if he appears at SmackDown or 205 Live tonight as Corey Graves mentioned a meeting with Wale “in Richmond” today, which is where tonight’s tapings will take place from.

– The Rock tweeted the following on his cousin Nia Jax after she tweeted a clip from her win over Emma last night:

Great seeing my cousin's progress in @WWE. Pro wrestling is a hardcore life – especially for the women. Proud of her and all the ladies. ?? https://t.co/5Yuy6NlmbS

Get off the tracks when the train is coming through ??? #NotLikeMost pic.twitter.com/Hw9LUPbJGE