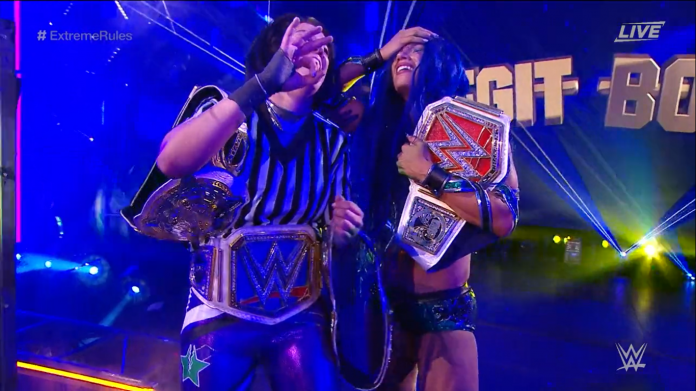 During a recent interview with Sports Illustrated, Bayley commented on working with Sasha Banks, having a ton of fun on TV these days, and more. You can check out some highlights from the interview below:

On how much fun she’s having: “Everybody keeps saying, ‘It looks like you’re having so much fun,’ and it’s so awesome that people can tell. This is the most fun I’ve had on TV, and that’s because I love being around Sasha. We get along so freakin’ well, it’s been awesome.”

On getting to this run at the top: “It took a long time for us to get here. There have been a lot of ups and downs, a lot of being held back, a lot of doing a lot for nothing. One of the things we heard a lot was, ‘We can always count on you.’ We believed they could count on us to run the whole company. It took a lot of proving, but that’s what we’re doing now. We are very vocal about what we believe is right and what we want to do to help the company and help the division. It’s finally being able to shine through, and it’s very rewarding.”

On helping to bring Nikki Cross to WWE: “A lot of people don’t know this, but there was a point where a lot of the coaches at the Performance Center were asking me who should come in for a tryout since we wanted to grow our roster. Sasha, Charlotte, and Becky had just gone to Raw or SmackDown, and Nikki was one of them. She’s been around everywhere, and since I met her at Shimmer Wrestling, she has this certain passion. She knows who she is and she’s not afraid to show who she is to the world.” 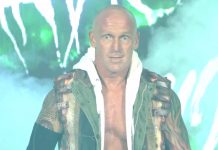