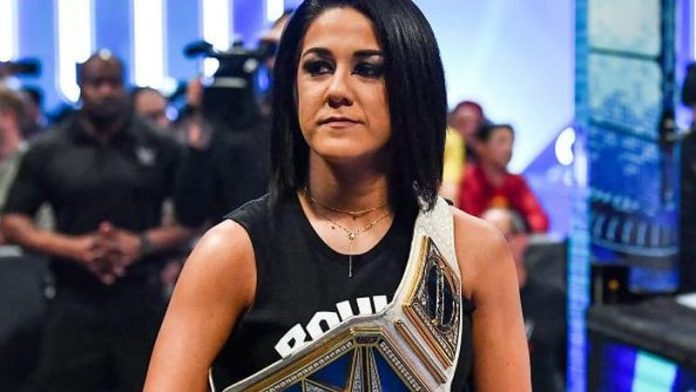 Bayley took to Twitter during tonight’s WWE RAW and fueled speculation with what could be described as a cryptic tweet.

“It might get harder to understand, but it doesn’t become less important.. What I want doesn’t even exist yet. #raw #SmackDown,” she wrote.

Bayley has not posted a follow-up to the post, but she did re-tweet it. It’s possible that the tweet has nothing to do with pro wrestling, but she did not elaborate.

Bayley underwent surgery to repair a torn ACL in mid-July, and it was noted then that she suffered the injury while training at the WWE Performance Center, and that she would likely be on the shelf for around 9 months. She has not wrestled since the June 25 SmackDown, where she and Seth Rollins defeated Cesaro and Bianca Belair. Bayley was not picked by RAW or SmackDown in the 2021 WWE Draft last week. Per the Draft rules, she became a free agent and is free to sign with any brand she wants.

It might get harder to understand, but it doesn’t become less important..

What I want doesn’t even exist yet.#raw #SmackDown