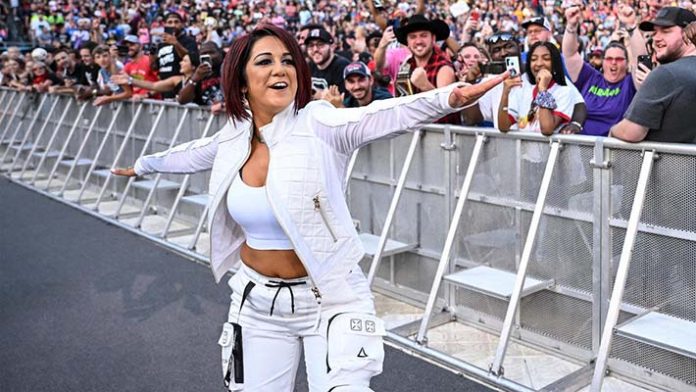 When Bayley performed as a babyface in WWE NXT and on the main roster, both of which are where she had a great deal of success, she was once held up as an example for younger fans to follow and follow. Since she is a heel now, she is free to have fun with the younger fans.

Bayley recently trolled a young fan who showed up to Monday’s WWE RAW with a sign for her. A fan posted a picture of her child with a Bayley sign that they had made. In the caption, the fan wrote, “Just reminding @itsBayleyWWE that there was still a kid with her name on a sign tonight.”

The young fan was trolled by Bayley when she retweeted the post with the following comment, “You think anyone is going to see this tiny ass sign?”

You think anyone is gonna see this tiny ass sign? https://t.co/HkjjFzf0om

Bayley returned to WWE television after missing around a year due to an ACL injury sustained while training at the WWE Performance Center during WWE SummerSlam in July, alongside Dakota Kai and Iyo Sky.

At WWE Extreme Rules, Bayley will compete in a ladder match for the RAW Women’s Title against Bianca Belair for the chance to win the championship.