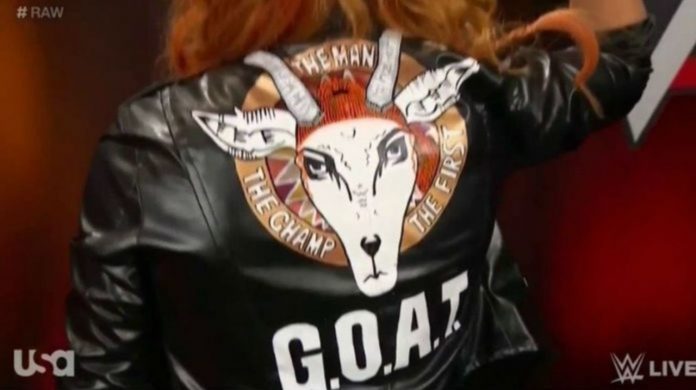 – As noted, last night’s WWE RAW ended with Randy Orton unleashing a vicious attack on WWE Hall of Famer Edge after turning on him. It’s believed that Orton vs. Edge will take place at WrestleMania 36 as The Rated R Superstar has reportedly signed a three-year deal with WWE, and will be used for special matches and several TV appearances. WWE released this footage of what happened after RAW as Edge was loaded up on a stretcher and taken away in a neck brace.

– WWE SmackDown Superstar Sheamus turns 42 years old today. The Celtic Warrior defeated Shorty G during a match on Sunday’s WWE Royal Rumble Kickoff pre-show and should be back to regular in-ring action with this Friday’s SmackDown on FOX.

– RAW Women’s Champion Becky Lynch took to Twitter today with a message on being better than your favorite Superstars, and the greatest of all-time.

“Don’t blame me for being this good. Blame your favs for not being good enough. #GOAT,” The Man tweeted.

Lynch retained her title over WWE Women’s Tag Team Champion Asuka at the Royal Rumble on Sunday. She noted on last night’s RAW that the next person she beats up will be because she wants to, not because she has to and wants to prove something. It’s been reported that Shayna Baszler vs. Lynch is currently planned for WrestleMania 36.

Don’t blame me for being this good. Blame your favs for not being good enough. #GOAT pic.twitter.com/BYbZolVOaH