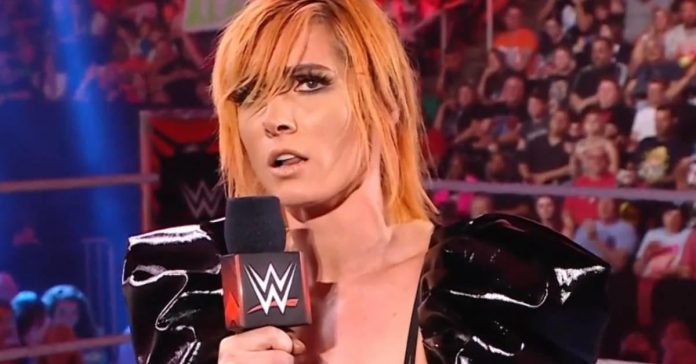 Not often do members of the WWE Universe get a glimpse at the personal life of Becky Lynch.

The women’s wrestling star doesn’t share many photos or videos of herself with her family on social media posts.

Over the weekend, however, “Big Time Becks” broke from that tradition to share a photo of herself with she and Seth Rollins’ daughter, Roux.

“All for you kid,” the caption to the rare photo from Lynch’s personal family life reads.

Lynch and Rollins are featured together on the WWE Money In The Bank poster for the show, which airs live via pay-per-view on Saturday, July 2, 2022.

Make sure to join us here at PWMania.com on 7/2 for live WWE Money In The Bank results coverage from Las Vegas, Nevada.

All for you kid. pic.twitter.com/TK6QRz37aW