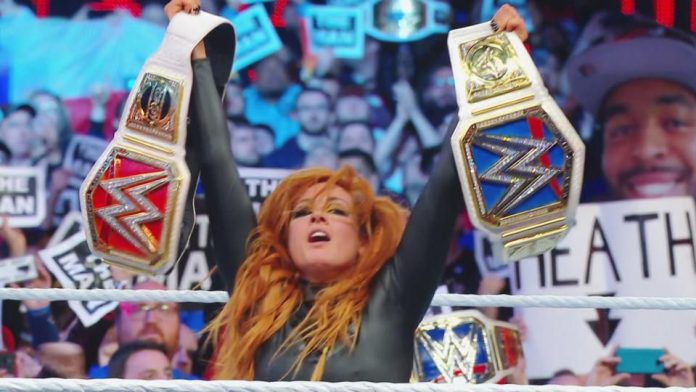 — Becky Lynch performed in front of her mom at last night’s WWE live event in Belfast, Northern Ireland as she successfully defended the Raw Women’s Championship against Lacey Evans and Tamina in a Triple Threat Match. WWE tweeted this photo of Lynch backstage at the SSE Arena with her mom.

There’s nothing like a visit from Mom for #Becky2Belts after a big night at #WWEBelfast! @BeckyLynchWWE pic.twitter.com/eVO2B1e8w1

Lynch reposted the photo and dubbed her mom, “The Ma.”

The Ma and The Man pic.twitter.com/GH3uSRTvZP

— In this “PC Diaries” video from the WWE Performance Center YouTube channel, watch NXT Superstar Deonna Purrazzo change up her hair hue until she finds the right shade.

This video was shot in February but WWE didn’t upload it until now.

— Watch The Miz’s “pregnancy” celebration for Maryse go wrong in this clip from the latest episode of Miz & Mrs.