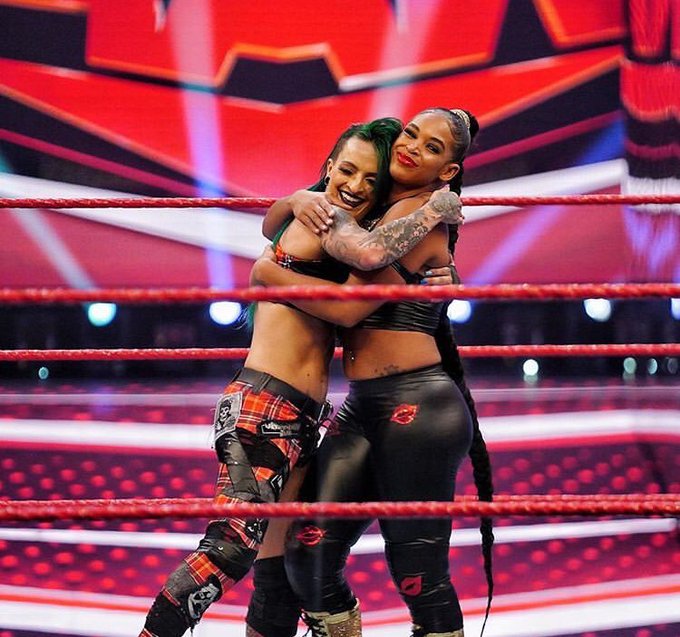 Bianca Belair was brought back to RAW last night due to Liv Morgan being away. RAW saw Belair and Ruby Riott beat The IIconics. The match was originally planned to be Liv and Riott vs. The IIconics, but Belair was moved into the role as Morgan is currently away. Morgan has had time off since late June and there’s no word yet on why.

WWE reportedly has a back-up plan for Seth Rollins if Rey Mysterio doesn’t sign a new WWE contract. Word going around says WWE will move forward with Rollins vs. Kevin Owens if Rey leaves. Rollins vs. Owens could still happen again even if Rey stays because WWE revisited the feud on last night’s RAW as Rey and Rollins get ready for their match at Extreme Rules on Sunday. Owens appears to b in for a push as word says he is figured in high up on the card.