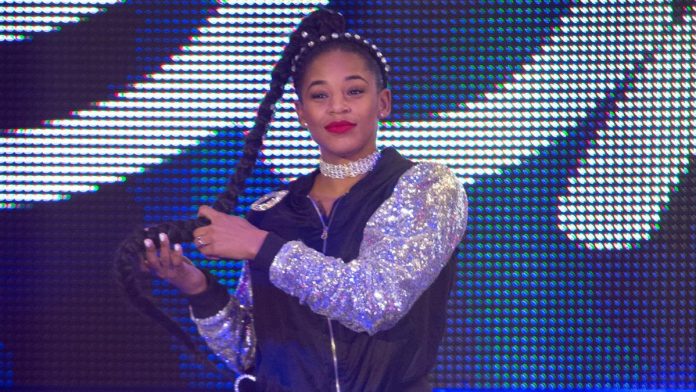 Bianca Belair recently spoke with Alistair McGeorge of Metro UK and credited her YouTube channel with helping to reintroduce herself to the WWE Universe since being called to the main roster after WrestleMania 36.

“I think it really plays well with my character as well, because my character is very – it’s who I am, amped up a thousand,” Belair explained. “I always want to do something that’s positive and inspiring and really shows different elements of myself that might not always be able to be shown when I’m inside the ring.”

Belair and her husband, RAW Tag Team Champion Montez Ford, launched their Culture Connection brand earlier this year as a resource to unite people. She talked about using her platform to inspire people.

“I have a huge responsibility with the platform I have,” she said. “You can use it in a positive way or a negative way, however you want to use it – but I really just want to take the responsibility of always trying to use my platform in a powerful, positive and inspiring way. Sometimes people, they want to do something but they don’t know where to start. This is just a starting point. A way to not react and actually do positive activism, and really connect everyone. That’s one of most important things, really connecting everyone. If you can get some understanding and have sympathy and empathy, there’s so much knowledge out there – it just needs to be shared.”

Belair also discussed her call-up from WWE NXT in April on the post-WrestleMania 36 RAW show, and admitted it wasn’t exactly how she envisioned it going down, with no fans in the crowd at the closed-set WWE Performance Center. She talked about how she looked at it to make the moment even more special.

Belair knows she’s currently on a steady journey to the top of the women’s division, but she says she will take advantage of every opportunity that comes her way. Belair said she’s ready to get that title run and show everyone how she can shine.

“When I get a title opportunity, I’m going to make the best of it,” Belair said. “I’m going all out! I’m on Raw, and that’s all I can do. I’m going for every single opportunity that I get. I’m just ready to get going. Give me the spotlight and watch me shine!” 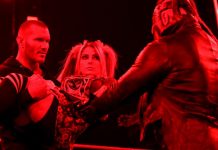