PWInsider.com is reporting that there were backstage issues with Big Cass at Saturday night’s WrestlePro event. Mike Johnson noted the following:

“PWInsider.com has confirmed with multiple sources that were present that Cass, who was booked as an unadvertised surprise to appear in a battle royal, was acting ‘aggressive and erratic’ backstage over the course of the evening, leading to several incidents and finally, his expulsion from the Rahway Rec Center in Rahway, NJ.”

Cass had reportedly confronted Joey Janela and had acted in a threatening manner. WrestlePro’s Kevin Matthews had tried to get Cass to calm down.

The backstage behavior continued with Cass allegedly accusing people of stealing his belongings and once again acting in a threatening manner. Cass had apparently spit in the face of Pat Buck and Buck was pushed against the wall. At this point, Buck punched Cass down to the floor and several wrestlers pulled Cass out of the room. Johnson added that he was told “that the second Cass was down on the floor, his entire demeanor changed as he went from aggressive and threatening to questioning why he was hit and asking what was going on.”

Local police ended up escorting Cass out of the building. Cass reportedly remained outside the building with police and was allegedly taken to a local hospital. 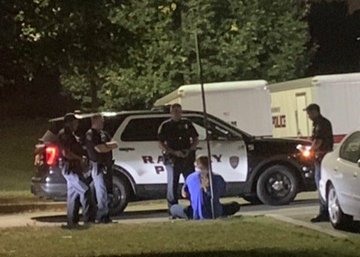 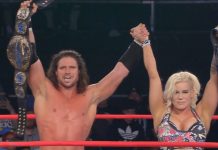