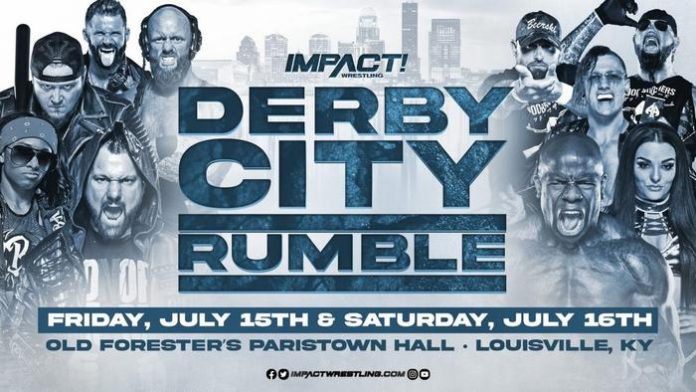 A big match from this weekend’s Derby City Rumble TV tapings, which will show as Impact on AXS TV episodes in the future, has reportedly been pulled by Impact Wrestling.

Chris Sabin and Alex Shelley would face off in a battle of The Motor City Machine Guns during Friday’s tapings, according to an earlier announcement. However, the official preview for the tapings no longer includes that bout.

While PCO vs. Impact World Tag Team Champion Doc Gallows has been added to the tapings, Sabin vs. Shelley appears to have been scrapped.

Here are the updated line-ups for the Derby City Rumble TV tapings, which will take place this Friday and Saturday from Old Forester’s Paristown Hall in Louisville, KY.

* The Motor City Machine Guns vs. Violent By Design’s Deaner and Joe Doering