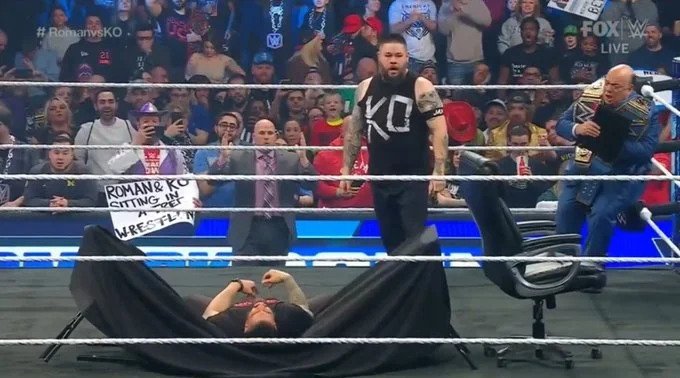 As we get closer to the Royal Rumble, and to RAW 30 as well, this week was somewhat noteworthy for RAW, even if it was more so building to this coming weeks big show. Smackdown had some great Bloodline segments, alongside the tag team tournament that started on the show as well. A big announcement for the Royal Rumble as well.

This past week on Raw we had the last of the Cody Rhodes video packages, and as expected, it concluded with him announcing that he will return at the Royal Rumble.

Now the obvious assumption is he will enter the rumble, and this is great news. Yes, they could have kept him a surprise in the rumble itself, but in truth, it wouldn’t have been too much of a surprise because we all expected this would happen. But now that he’s coming back, I think he should definitely win the rumble. Ideally, him and Seth Rollins would start the rumble a la Shawn Michaels and The Undertaker in 2008, and have them finish the rumble like Undertaker and HBK did in 2007, with Cody winning the rumble and going to challenge Roman and Mania. That way you can end off the Cody/Seth feud that was left open the last time we saw them.

The Bloodline/Sami Zayn coming to an end?

Throughout the show, we were shown Roman in the back and the first time he and Sami were talking, and Roman got a bit heated because Sami was a little upset he wasn’t clued in with what happened last week. Basically told him to get out and essentially looked down upon Sami. Paul Heyman in another small segment later, convinced Roman to keep Sami around for now but admitted he never liked Sami, a little bit later, Heyman tells Sami that Roman would like to see him. After the Legado match, we see Sami and Roman again, admits being mistaken earlier, and obviously it was all a ploy to keep Sami aligned with them. Then at the end of the show when the contract signing was meant to take place, Kevin Owens came out early and took out all of the Bloodline before signing the contract and getting out of there before anything more happened. But it was noticeable that Sami was not out there when The Usos came out, Sami came out after all of the commotion. All this says Kevin Owens was right, The Bloodline never cared about him, and now I think after the Royal Rumble is where Sami gets dumped from The Bloodline.

So if this week was any indication, the Hurt Business will be back together sooner rather than later, with Bobby Lashley winning the six pack elimination challenge, and doing so with the assistance of Omos and MVP. Shelton Benjamin and Cedric Alexander had a tag team match against the Street Profits as well on the show, which they lost, and the frustration would get to them. So I could definitely see The Hurt Business getting back together as soon as the Royal Rumble. I don’t think Austin Theory will lose the title to Lashley this coming week, because of the great work Theory has been doing, but its possible.

In truth, a lot of the show this week wasn’t entirely important, however it did set up a lot for RAW 30 this upcoming week. We had Becky and Bayley set up a steel cage match for the show. It was also announced that the entire Bloodline would be on Raw for the Roman Reigns acknowledgement. Now obviously this spawns rumours of whether or not The Rock will be there, and if the rumoured match of Rock vs Reigns will start being built to for Wrestlemania 39. Obviously some of the legends will be on the show as usual for these milestones. But the show is shaping up to be big and hopefully is delivers.

The tournament to determine the number one contenders for the Smackdown Tag Team Championships. On Smackdown four matches took place, Sheamus and Drew McIntyre beat The Viking Raiders, and Hit Row got the win over Los Lotharios, which sets up a match between Sheamus and McIntyre against Hit Row on one side of the bracket next week. Then on the other side of the bracket, Legado del Fantasma disposed of the Maximum Male Models, and Imperium picked up the win over the Brawling Brutes, which means we get Legado vs Imperium next week as well, which if they are given the time and the freedom, that match will be awesome. Sheamus and Drew will probably advance, then it could go either way with Imperium or Legado, but I think it may be Legado.

After LA knights match on Smackdown, the firefly funhouse shows up on screen, and go through the general things, before Bray gets all menacing, then Uncle Howdy pops up on screen as well in a creepy video. Obviously its not much to go off but its just a possibility that the fiend returns at the royal rumble to face LA Knight. I can’t say I feel strongly about it but it certainly seems possible.