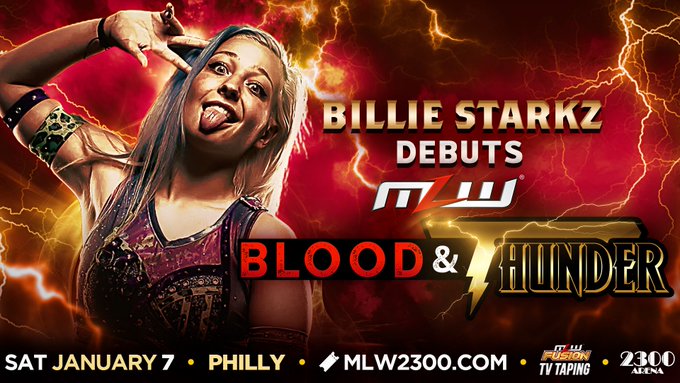 Major League Wrestling has announced that indy star Billie Starkz is all set to make her debut for the promotion at their upcoming “Blood & Thunder” event on January 7, 2023 in Philadelphia.

Billie Starkz commented after the announcement was made by MLW:

Billie Starkz is the current Black Label Pro Heavyweight Champion and can be seen in numerous indy promotions including GCW and Wrestling Revolver.

Starkz is scheduled to make her first trip to Japan as she will debut for Tokyo Joshii Pro Wrestling on November 27 to challenge Yuka Sakazaki for the Princess of Princess Championship.

This will be the first major US promotion appearance for Billie Starkz. An opponent for Starkz has not yet been named but you can bet she will have her sights set on Taya Valkyrie and the MLW Featherweight Title.