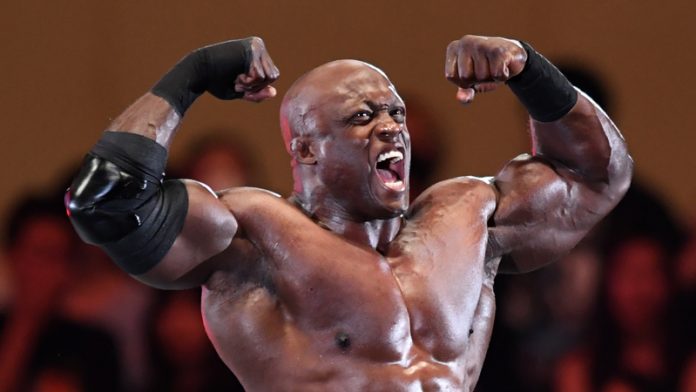 Lashley spoke with Hal 2 of SO CATCH this week an was asked about Lesnar being his dream opponent, how he felt after the match was done, and what he thought of working with Lesnar.

“You know, everybody’s been saying that about this is my dream match,” Lashley said. “It hasn’t been my dream match. It was a match that I heard from the beginning of the times of when I first came in, it was like, ‘Bobby Brock, Bobby Brock!’ And it just kept going on and on and on. So it was like it’s something that needed to happen at some point in time. Did I get a chance to beat him up the way that I wanted to? No but I did pin him. So that’s always … there’s one good thing and the rest is bad.”

The All Mighty continued and looked ahead to a potential rematch with The Beast.

“Hopefully, we get an opportunity to go in there again, and actually really slug it out,” Lashley said. “Roman jumped in there to be a part of it, because he wanted to make the match about him. Because he wants everybody to acknowledge him. But that match was not about him. So there’s gonna be another Brock and Bobby match-up, and I’ll really be able to beat him up the way that I want to.”