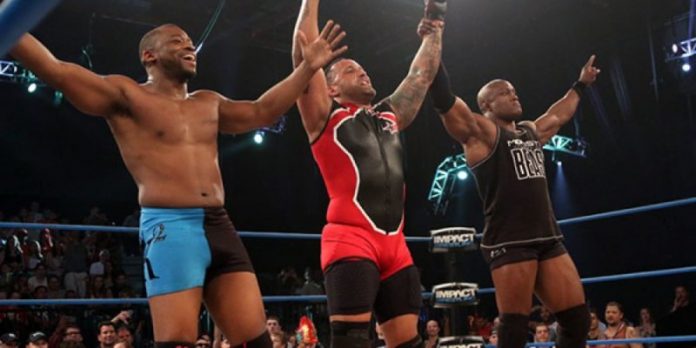 Bobby Lashley recently spoke about the time he, MVP and Kenny King were a part of a stable on Impact called the Beat Down Clan during an interview with D-Von Dudley on the Table Talk Podcast. Lashley ended up winning the Impact title to become the first African American Impact champion, but that honor ended up going to Lashley after MVP was injured.

“We started The Beat Down Clan. It was me, MVP and Kenny King, and the chemistry between the three of us was perfect,” Lashley remarked. “When we first got together, MVP was running the mic. He was running his mouth, and he was going for the title.

“I think it was something where me and Kenny King help him get the title, but MVP goes to the UK and does an independent show. He blows out his knee, and we were already running, so they were like we got to put the title on Bobby. I was like you guys should have saw that from the beginning. It worked out well.”