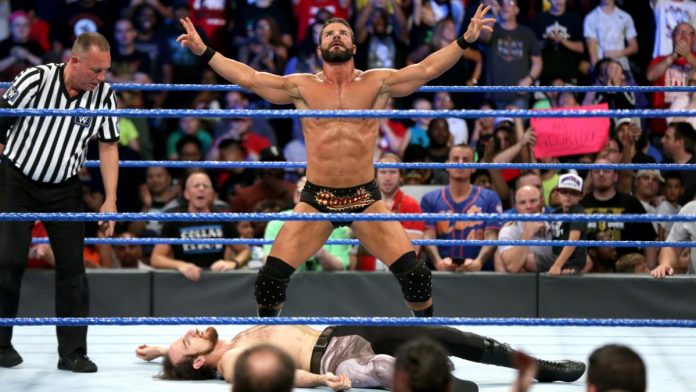 – As noted, IGN announced another 37 playable Superstars for the WWE 2K18 video game today. You can see the current confirmed roster at this link. Above is video of Bobby Roode’s entrance.

– WWE has a new poll asking fans the most shocking moment on this week’s post-SummerSlam edition of SmackDown – Bobby Roode’s debut, AJ Styles retaining the WWE United States Title over Kevin Owens in a match that had two special referees, Shelton Benjamin’s return as Chad Gable’s partner, Dolph Ziggler’s bizarre message backstage or Shinsuke Nakamura defeating The Singh Brothers and fending off WWE Champion Jinder Mahal. As of this writing, 48% voted for Roode’s debut win over Aiden English while 33% went with Benjamin’s return, 9% with AJ’s main event win, 6% for Nakamura’s Handicap Match win and the rest with Ziggler’s return as a backstage interviewer.