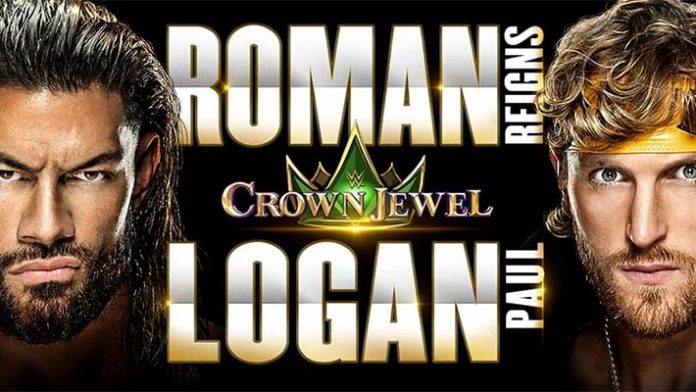 On the latest episode of “The Hall of Fame with Booker T,” WWE Hall of Famer Booker T shared his thoughts on some of the biggest wrestling news topics.

Booker T was asked what he felt about Logan Paul receiving a title match against Roman Reigns at Crown Jewel while there are still stars on the roster who haven’t had a title match:

“I run a wrestling company, Reality of Wrestling. If you haven’t checked it out, check it out on YouTube. Make sure you subscribe as well and hit the little bell. But I remember one of my guys came to me one day and he said, ‘Hey Book, I’ve been here like nine years and I’ve never won the Reality of Wrestling title’, and I told him, ‘You’re never going to win it’, because he wasn’t. He wasn’t in my picture as far as one of the guys that was going to be the Reality of Wrestling champion representing Reality of Wrestling. Now he may have been the television champion. He might have been part of the tag team champion. But as far as me in my eyes seeing that person in that Reality of wrestling role, I don’t ever see him being there. He may work to it, and it might happen one day, but it’s not something on my radar. So I just don’t look at it like that.”

“Now, when I look, just say for instance, you know, celebrities coming, not getting the world title shot, but just say for instance, when Lawrence Taylor came in, and wrestled Bam Bam Bigelow, that was a huge match. When Bad Bunny did his thing with WWE, it was huge. It was huge for that audience, that genre that perhaps we hadn’t tapped into that we’re trying to get to watch our product. So wrestling is not about wrestling, and when people start looking at it only being about wrestling, they’re missing the big picture.”

His thoughts on Raven going into the Impact Hall of Fame:

“I’m happy for Raven. I thought that stuff was groundbreaking. I thought what Raven was doing back then was totally next level stuff. As far as checking off all those boxes, Raven checked off all the boxes. Man, he was really good. I thought Raven was one of the best.”