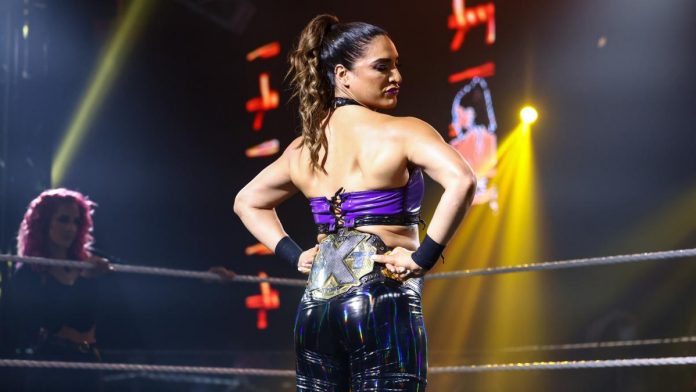 This was the first match for Gonzalez since dropping the WWE NXT Women’s Title to Mandy Rose at Halloween Havoc this past Tuesday, which came after an attack by Dakota Kai.

Regarding Storm, her last SmackDown appearance came on October 8 when she lost the Queen’s Crown Tournament match to the eventual winner, Queen Zelina Vega.

Adam Scherr (fka WWE’s Braun Strowman) took to Twitter after SmackDown and commented on his partner getting the main roster dark match opportunity.

Scherr also includued a photo from Raquel’s entrance, which you can see below in the full tweet.

There’s no word on if WWE is considering Gonzalez for a call-up now that she’s lost the NXT Women’s Title, but she appears set for the feud with Kai until then.