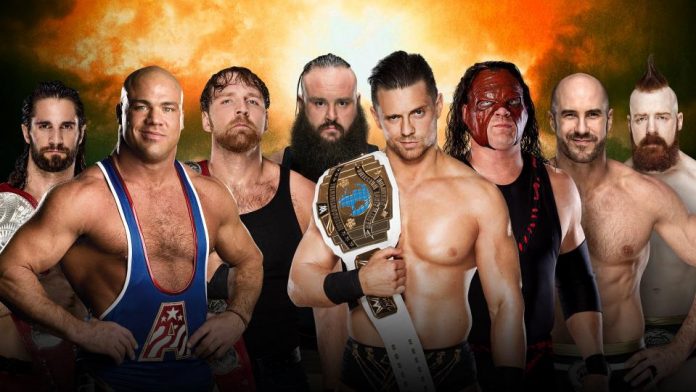 For the first time in more than 11 years, Kurt Angle will compete inside a WWE ring.

Due to medical issues impacting two WWE Superstars scheduled to appear at WWE TLC: Tables, Ladders and Chairs, WWE announced Friday afternoon that the show will now feature the in-ring return of Angle as he replaces Roman Reigns.

WWE cameras caught up with some of the Superstars affected by the event shake-up.

AJ Styles was the first to be interviewed and cut a backstage promo at Friday’s live event in Argentina saying he’s going to represent “The Land of Opportunity” on Sunday against Finn Balor.

Styles said, “I think most people thought they’d see AJ Styles vs. Finn Balor … maybe at a different time, maybe in a different country, maybe not so abruptly … but it’s happening. To tell you the truth, I have faced and I have fought demons my whole life. So Finn Balor, get ready to meet ‘The Phenomenal’ AJ Styles.”

As for Kurt Angle replacing Roman Reigns in the 5-on-3 Handicap Tables, Ladders and Chairs Match, Raw Tag Team Champions Seth Rollins and Dean Ambrose cut a backstage promo at a live event in St. Louis saying he better be prepared for war.

Check out the promos below, as well as ones from Braun Strowman, Finn Balor, Sheamus, and Cesaro.