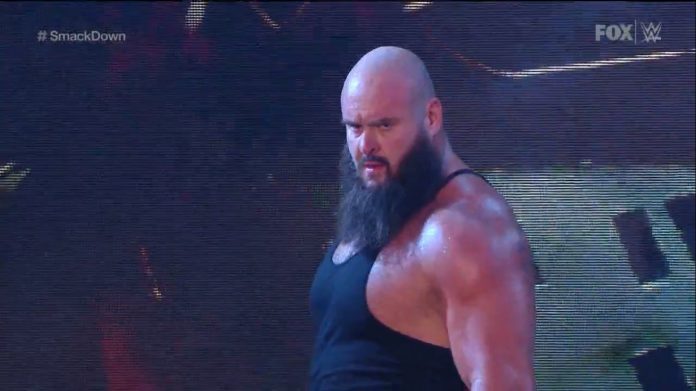 Braun Strowman recently spoke with Scott Fishman of TVInsider and discussed the friendship he’s developed with WWE NXT Superstar Raquel Gonzalez. He was asked if he’s seen a lot of himself in her.

“I see a lot of myself in her. She never thought she was good enough,” Strowman said of Gonzalez. “She had people tell her that. We’ve developed a really good friendship in the last year, year-and-a-half, with going to the gym. I got her hooked up with my trainers and nutritionists. She has had such a transformation with not only her body but with her mental state. She is hungry. Her and Rhea Ripley were the best thing on television a few weeks ago. It’s amazing to see the younger talents so hungry and willing to work and do whatever it takes to take that next step. It shows how much fire there is for the business and how well this business will thrive for many years.”

Strowman was also asked about The Undertaker and his “Final Farewell” at Survivor Series. He noted that he met Taker when he first came to the WWE Performance Center, and that Taker has kept his eyes on him since day one.

“I met The Undertaker when I came to the Performance Center. Taker has kept an eye on me since Day 1,” Strowman revealed. “I didn’t know what I did to get in his good graces, but I’m thankful that he was willing and able to bring me under the learning tree. There are no more giants in this industry that are full-time working like I am. I feel like I am walking into some immense footsteps. I’m carrying this torch and want to represent it to the fullest. Taker is such an amazing man behind the scenes and such an amazing performer. One of the big behind-the-scenes stories with me and Taker was him, Roman Reigns and myself were in the main event of a live event at Madison Square Garden. It was unbelievable being out there with “The Dead Man” in the most famous arena in the world. We get done with the match and he is talking with me and Roman. He goes, “It’s yours now boys. Enjoy it.” Just hear those words and having him look me in the eye and shake my hand is, words can’t describe it.”

Strowman recalled his WrestleMania 36 feud with WWE Hall of Famer Bill Goldberg, which saw The Monster Among Men fill in for current WWE Universal Champion Roman Reigns at the last minute. Strowman feels like he and Goldberg hit a home run with the program. He was asked how he thinks that run went.

“You never know what’s going to happen in WWE. That’s one of my favorite things about the job that keeps you on your toes,” Strowman said. “Opportunity blew the door off the hinges for me at that moment. It was a little more difficult than I think in normal times; [having] no crowd and being under the microscope without being able to hide behind the cheers or the boos and the animation of the audience, I feel like we all had to step our level of performance up. I put my head down and went to work. In my opinion, I think I did a damn good job. I think we made the most of it. I think we did an awesome job, everyone I had to work with, and behind the scenes and story-telling. The whole aspect of it in the middle of a pandemic, I thought we hit a home run.”