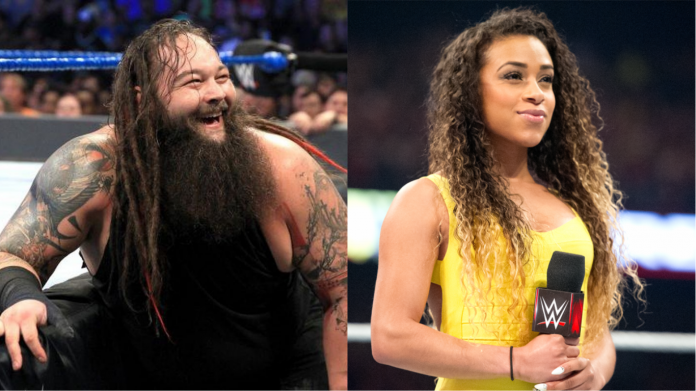 It’s been a while since fans last saw Bray Wyatt and plans for his return are said to be a “closely guarded secret” within WWE.

According to a recent tweet by Pro Wrestling Torch writer Tom Colohue, who has some sources in WWE, the creative team has different potential storylines in mind for Wyatt’s return. While Colohue did not elaborate on their ideas, he noted that Wyatt could potentially join SmackDown LIVE.

I get questions regularly about Bray Wyatt's return and it's probably the most closely guarded secret in #WWE.

I don't even know if he'll be on #Raw or #SDLive. I've been told both but also different potential storylines.

To my knowledge he's still in creative hiatus. For now.

Wyatt is dating WWE ring announcer Jojo, who has been absent from Raw since December due to a personal reason, according to her official website. She will, however, be back.

Just a quick disclaimer to all that have messaged us, we won’t be giving out the details as to why JoJo isn’t currently on TV. It’s completely private and her privacy should stay that way. All there is to know is that it is a personal reason and she will eventually be back ❤️

For everyone asking – JoJo isn’t done with WWE! She’ll be back at some point. But for now, @MikeRomeWWE is doing an impeccable job and keeping her spot warm! ?

In the meantime, Wyatt is spending quality time with JoJo and his two daughters. On Friday, Wyatt posted these photos of himself and JoJo at the Wyatt Family Compound with his daughters’ miniature horses. Wyatt noted that he was getting the horses prepared for “The Battle of New York.”

News from the horses mouth, not someone else ass. New and improved Wyatt Family Compound: preparing MY DAUGHTERS’ mini horses for The Battle of New York. Life is good man. Especially when you know rebellion and redemption are around the corner. I’ll see you when I see you. #RevengeIsAConfession #HookEmHorns