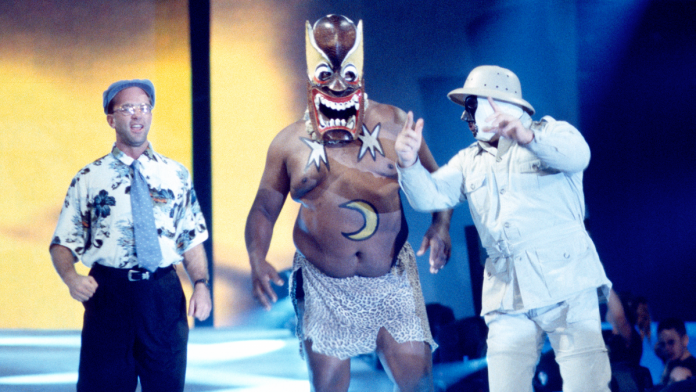 The Cauliflower Alley Club Twitter account is reporting that James “Kamala” Harris has passed away at the age of 70. Known as the Ugandan giant, Harris wrestled for numerous wrestling promotions including WWE in the 1980s and early 1990s. Harris was perhaps best known for his match against The Undertaker at the 1992 Summerslam PPV at Wembley Stadium.

Harris had been in poor health due to complications of high blood pressure and diabetes.

The CAC family wishes to extend our sincerest condolences to the family friends and fans the world over upon the news that the legendary James "Kamala" Harris has passed away at the age of 70. Rest in Peace James. pic.twitter.com/7p0LUkkU4P