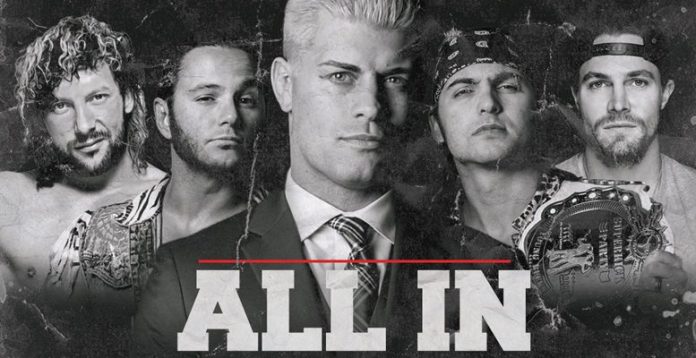 Brian Cage has been officially added to the All In Over Budget Battle Royal with he winner of that match gets a shot at the ROH Title on the PPV. The announcement was made on Thursday.

The event will be available live on pay-per-view and the FITE app with the first hour airing on WGN America starting at 5:00 pm on September 1st at the Sears Centre Arena in Hoffman Estates, Illinois. More matches for this show will be announced in the coming weeks. Here is the updated card:

* ROH Title Match: Champion Jay Lethal vs. The Winner of The Over Budget Battle Royal

* Rey Mysterio, Bandido, and Fenix vs. The Young Bucks and Kota Ibushi