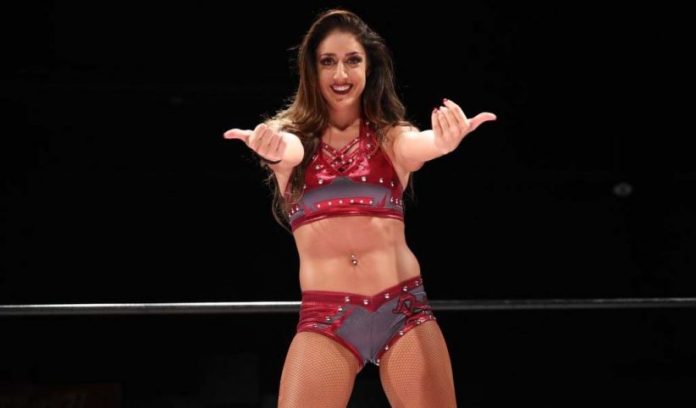 During the latest edition of the AEW Unrestricted podcast, Britt Baker commented on a concussion possibly ending both her careers, being gun shy after it, and more. You can check out some highlights from the interview below:

On being “gun-shy” after the concussion: “For months. That really, really spooked me. Because it wasn’t just that night and then it was over. The effects of it lasted for over a week. I — what really scared me is I lost all peripheral vision out of my left eye. And that was instant. I was telling Aubrey the whole time in the ring, ‘I can’t see, I can’t see’ … And she knew [it was because of a concussion].”

On being embarrassed by how the match went down after she suffered the concussion: “It was also mortifying. It was the worst moment of my wrestling career when I went to the wrong tag corner. And it was instant[ly], I’m the laughing stock of the wrestling world. And I’m just like, ‘Oh my god, this is it. ‘I’m done for. I’m never gonna recover from this. I better — I have to quit now.’ It was awful, it was so embarrassing. And just the whole match, it was probably one of my worst performances of my career. I had no idea where I was. I had no idea where to go, what was next, who was who.”

On the aftereffects: “Then on top of that, the whole next week I couldn’t see. And I’m texting with Doc Sampson, who was phenomenal, by the way. He would answer my every text and call no matter what hour. He was just, just to keep me calm, go, ‘It’s gonna be okay, it’s gonna be okay.”

On the difficult period of recovery: “Tony [Khan] had put me in contact also with Christopher Nowinski, who was also helping me a lot through that. But I just — when you can’t see? They can tell you every second until they’re blue in the face, ‘It’s going to come back, it’s gonna come back.’ But until it comes back, you’re absolutely terrified. And what really shook me was when I went to my [neuro-ophthalmologist] appointment. It was my appoinment to get cleared, and I’m thinking, ‘Okay, this is good,’ because I could finally see again. And he right away was like, ‘Oh my gosh, you have retinal bleeding. Your retina’s still bleeding, I can’t clear you. We have to send you to a specialist.’ And that was it, I had a break. I called Doc Sampson freaking out.”

On being afraid afterward: “Hindsight, everything ended up being fine. full recovery, I’m okay. But that for me, that would have been a career-ending — for both careers. If I can’t see, I can’t drill on someone’s teeth. And obviously, you can’t see then you can’t wrestle. So that really, really scared me. And I — for months, I was afraid. Like, even in the ring, I’m hesitant. Because if you don’t have a true injury, the first time you do you’re shell-shocked, definitely.”