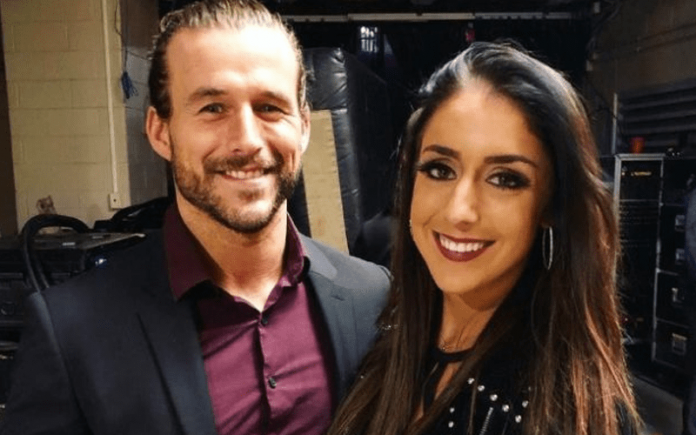 During an appearance on AEW’s Unrestricted podcast, Britt Baker talked about her relationship with NXT’s Adam Cole while working for separate companies:

“There’s a lot of support and a lot of friendly competition as well. We’re always like checking the ratings [to see] who won,” Baker said. “He is also one of my biggest supporters and biggest fan and biggest critic too which is a great thing because he’s arguably one of the best. So, to have him sitting on my couch breaking down a promo or moves or matches, I’m so lucky to have that and I take advantage of it all the time.”

“We are very lucky that Tony [Khan] has no problem with me going to watch his live shows. As we all know, I was in the crowd at TakeOver when he won the title for the first time … He originally was told that he can’t come to our shows. For All In, he had a plane ticket booked and then they told him ‘you can’t go.’ So he still came to be supportive and he just watched it on his phone in his hotel room so that way we could after party afterward. Recently, they changed their tune and he was able to come to our New Year’s show. It’s great for him too because this is his family. The Young Bucks and Adam Cole go way back. They have been together long before Adam Cole and Britt Baker were together.”

“I hope there is a day in the future, in the near future, where Adam Cole can be in the ring with The Young Bucks and Kenny and Cody and it will come full circle and we can all be one giant happy family again.”