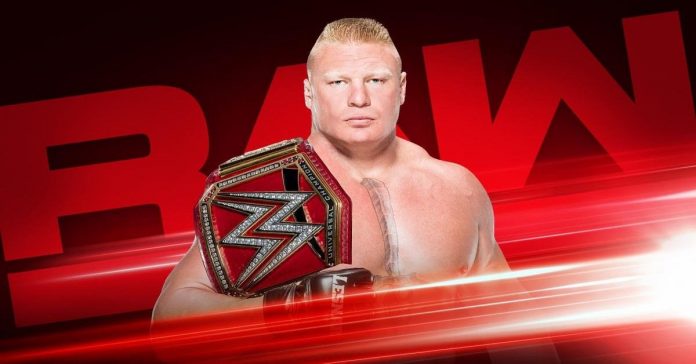 — Universal Champion Brock Lesnar will appear on Raw the next two weeks.

This Monday’s Raw takes place at the Verizon Arena in Little Rock, Arkansas and the venue announced today that Lesnar has been added to the show.

Lesnar is also scheduled for the “go-home” episode of Raw for SummerSlam. The August 5 episode of Raw takes place at the PPG Paints Arena and the venue announced today that Lesnar has been added to the show.

🚨JUST ANNOUNCED: Universal Champion “The Beast" @BrockLesnar and @HeymanHustle will be live right here in Pittsburgh for Monday Night RAW on August 5th!

Summerslam takes place on August 11 and Lesnar will defend the Universal Championship against Seth Rollins at the pay-per-view event.