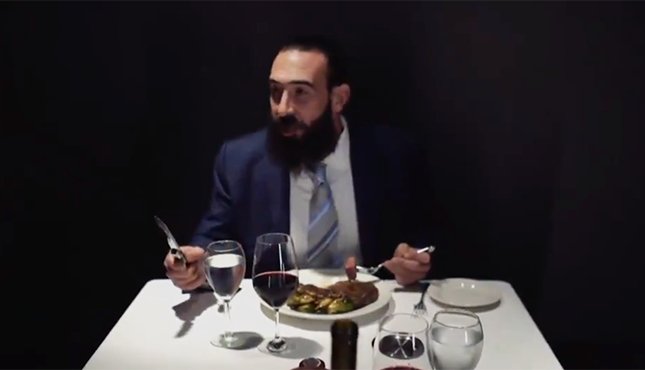 As noted, last night’s AEW Dynamite episode featured a pre-taped segment with Brodie Lee, Alex Reynolds and John Silver of The Dark Order, where it was speculated that Lee’s character was booked to take shots at WWE Chairman Vince McMahon.

This segment actually was done to make fun of Vince, according to Dave Meltzer on Wrestling Observer Radio.

The segment featured Lee enjoying a steak dinner with Reynolds and Silver. Lee chastised the other two about where The Dark Order was headed, and how they needed to get with the program. Silver went to eat his food, but Lee kicked him out of the room because he tried to eat before Lee was done with his own meal. Reynolds then sneezed, which also upset Lee. Reynolds was then also kicked out, and Lee sat back down to finish his meal.

Meltzer noted that this segment included references to Vince eating at Morton’s Steakhouse and getting mad because he had to be the first one to eat. The sneeze was also a shot at Vince getting mad. There’s been a long-running rumor that Vince hates it when people sneeze around him, something that has been mentioned by numerous wrestlers over the years.

Stephanie McMahon confirmed the rumor in a 2019 interview with Barstool Sports.

“He doesn’t hate me for it [sneezing], but it’s always like a grrr, a grimace,” Stephanie said. “But on the flip side, I’ve been around when he has sneezed. It’s just because he doesn’t like anything he can’t control. The fact he can’t control the sneeze makes him upset.”

It was noted on Wrestling Observer Radio that some people are “very upset” about the shots at Vince, presumably people within WWE.

Lee also made his AEW in-ring debut last night, defeating QT Marshall in singles action. Above is video from that match and below is video from the steak dinner segment:

What would you give to have dinner with The Exalted One @ThisBrodieLee..?

Spoiler On A Replacement At Wrestlemania 36

WWE PWMania.com Staff - 03/27/2020
As noted earlier today, WWE United States Champion Andrade did not work the WrestleMania 36 tapings this week due to a rib injury he...