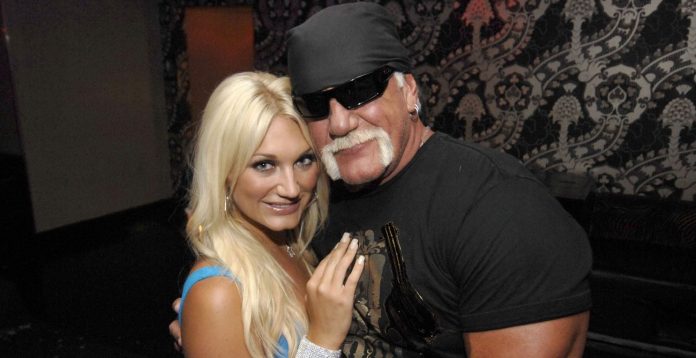 Brooke Hogan recently appeared on the “Hollywood Raw” podcast with Dax Holt and Adam Glyn, and gave an update on her legendary father, WWE Hall of Famer Hulk Hogan.

“We counted how many surgeries he’s had in the last 10 years and I think we’re at 25,” she said. “He’s had both shoulders scoped and he had his whole bicep and his bursa sac and everything tied up in his shoulder last year. That was a disaster. He got MRSA and it was like a big thing. So we had to go back and undo tons of physical therapy. He’s had both of his knees replaced multiple times, I think twice on both. He’s had his hips done. He’s had his elbow scope.

“So yeah, he’s had so many surgeries, so he’s done… he’s done a ton, but this last one that he just had finally was like the winning ticket. So right now, he’s feeling great. He’s working out two hours in the gym every day. He’s still chugging along.”

“Oh, my God. Really such a great person,” Brooke said of Savage. “So when my parents were going date night, they’d leave us kids with him and Liz and I would like brush his hair with … You know how Barbie dolls would come with little pink plastic brush? I would brush his hair. It was just so sad like that he passed so soon because he and my dad had just saw each other and made amends or whatever. I guess there was a little hiccup just with Randy and Liz’s breakup and my parents got caught in the middle of just like, ‘We don’t know what to do at this point.’

“And my dad and Randy were such good friends, and just really still to this day, it’s still really upsets my dad when he thinks about it for a while. It’s emotional. He’s such a great guy, but just so nice and so friendly and so funny and just gentle and just sweet.”