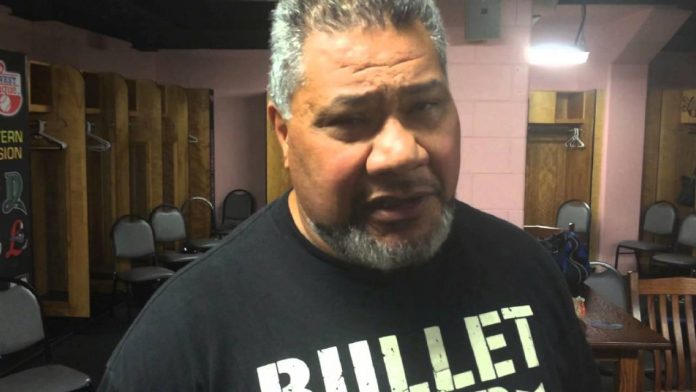 In Bruce Prichard’s latest podcast, “Something to Wrestle,” he discussed several legendary stories of Haku. Here’s what he had to say:

If he has seen Haku in action in situations like this: Yeah, I’ve definitely seen him in action, shared the stay out all night story about Haku single handedly taking out four guys and just would not let up and Haku trying to be the voice of reason, doing everything in his power to just get these guys to go away until they finally had to make that first move and Haku made the second and the last move.

How Haku has always been a gentleman in his experience: I wasn’t there in this situation, I remember hearing about it, and again, you can only comment on what you witness and what experiences you have. For Haku, here’s a man that has never been nothing more than a gentleman, has only ever been a gentleman to me, and I’ve seen him in situations where yeah, he’s pushed, or people have pushed, because he is so nice, but there is that point where you can only push someone so far and with Haku, you push him too far, you will have to suffer the consequences, whatever those consequences may be. I don’t know what happened, all I know is Haku was involved and that Haku definitely held his own, and again, it’s another chapter in the legend of Haku.

How Haku is not a guy to piss off: For me, first of all, I would go out of my way to make sure I never pissed him off, but I wouldn’t want to, and I think he is just such a gentleman and such a good guy all these years to me and everything I’ve seen around him. I don’t know if a lot of it is true. I can see him ending it, because I have seen him in action, and he’s a double tough human being, he’s a machine, he’s different. And he can be 110 years old on a walker or hell, he could be bedridden, and I wouldn’t want to piss him off.