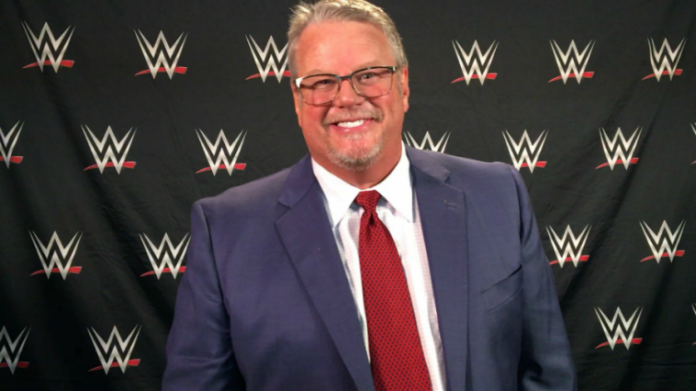 During the latest episode of “Something To Wrestle With,” Bruce Prichard answered fan questions. Prichard discussed a variety of topics, including the WWE Hall of Fame, a photo of Bruce with a black eye, his next move, Big Show’s debut in the WWE, and more. The following are some of the highlights:

Prichard was questioned regarding the possibility of including a Tammy Bakker character alongside his Brother Love character:

“[Sensational] Sherri wanted to do it. Sherri really wanted to do it but she was doing her thing. But there was a period there when we were really close on two different occasions to get Jessica Hahn. She got an agent that was like, ‘Oh no, this will kill you.’ Wait, wait, wait. You did it with Jim Bakker and exposed him and did all this stuff, and blah, blah, blah, but Brother Love will kill your career? What career? You were a secretary.”

Prichard commented on The Young Bucks’ departure from TNA in 2011.