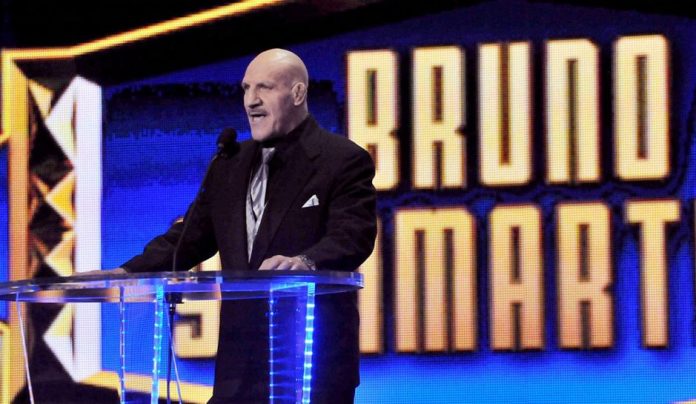 The International Wrestling Hall of Fame has picked up quite a piece of wrestling history. The committee has announced the acquisition of Bruno Sammartino’s WWWF Championship Belt. 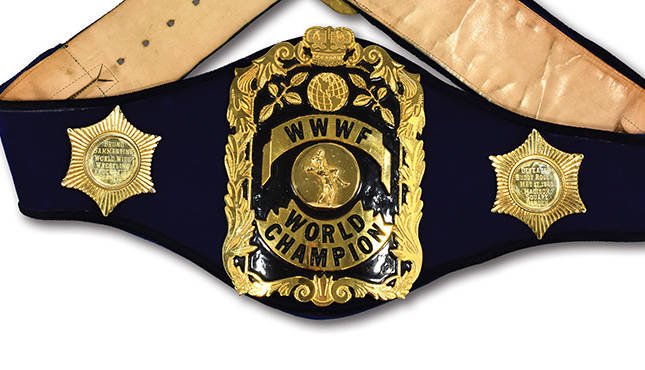 Sammartino held this championship for approximately 2,803 days starting on May 13th, 1963. A feat that has yet to (and likely will never) be broken. Here is the full announcement below:

“The International Professional Wrestling Hall of Fame (IPWHF) announces the acquisition of one of professional wrestling’s most important and valued artifacts, the 1965-1971 WWWF World Championship belt carried by the legendary Bruno Sammartino. “Bruno’s Belt” will be enshrined in the IPWHF museum, which is to be located in New York State.

“The centerpiece, the focal point, of the newly formed International Professional Wrestling Hall of Fame is finally revealed,” proclaimed renowned pro wrestling writer and historian, Bill Apter, reflecting on the significance of this news. “Pro Wrestling fans rejoice as you will be able to see this rare gem up close and personal when the IPWHF opens its doors. It’s an amazing treasure, and there is no better way to preserve its rich history and the legacy of the great champion who wore it so proudly–the ‘Living Legend,’ Bruno Sammartino.”

Bruno Sammartino is widely considered to be the greatest professional wrestler of all time. He gained international stardom as the champion of the World Wide Wrestling Federation (WWWF, later WWF, and now WWE), first capturing the title on May 17, 1963, before a sold-out crowd at New York’s Madison Square Garden. That victory, won over “Nature Boy” Buddy Rogers in just 48 seconds, began Bruno’s record-setting championship run that lasted 2,803 days. To date, this stands as the longest title reign in any major wrestling promotion.

Bruno would again hold the WWWF Championship for another 1,237 days, from December 10, 1973 to April 30, 1977, a remarkable 11 years as champion in total. His in-ring career, which spanned from 1959 to 1987, set the standard by which the greatest stars of professional wrestling are still measured today. Having paved the way for future icons like Hulk Hogan and Dwayne “The Rock” Johnson, Bruno Sammartino is revered as the “godfather” of professional wrestling and the “champion of all champions.”

“The incredible first reign of Bruno Sammartino itself qualifies the 1965-1971 WWWF World Championship belt as one of the most significant objects in the history of professional wrestling,” says Seth Turner, President of the IPWHF, who procured the title belt through an auction conducted by the Sammartino estate. “Yet few people know all the history behind Bruno’s belt and why some have called it the ‘holy grail’ of professional wrestling artifacts.”

“Bruno’s Belt” is indeed an apt moniker for this one-of-a-kind item, as it remained in Sammartino’s possession for over 52 years, until his passing in 2018. To commemorate his historic first title reign, the championship belt was gifted to Bruno by Gorilla Monsoon and Phil Zacko of Capitol Wrestling, which ran the World Wide Wrestling Federation at that time. For the rest of Bruno’s life, the great champion considered this belt one of his most treasured possessions.

Bruno was not the only champion to wear his belt, however. After Ivan Kohloff defeated Sammartino on January 18, 1971, ending his historic title reign, Kohloff briefly wore Bruno’s belt as the new WWWF Champion. A few weeks later, on February 8, 1971, when Pedro Morales was crowned champion, Bruno himself presented Morales with the very same title belt. Although a new version was soon created for Morales, this lineage imbues Bruno’s Belt with even greater significance as the title worn by three of the first four WWWF champions.

Bruno’s 1965-1971 version of the championship is the oldest surviving title belt officially created for a champion of World Wrestling Entertainment, or WWE, which is today the largest and most successful professional wrestling company in the world. The belt first placed on Bruno’s waist in 1963 had actually belonged to Buddy Rogers and was defended in other promotions as a United States title before Rogers brought the belt to the newly formed WWWF where it was briefly used as his makeshift world championship. After Bruno defeated Rogers, just one month later, the first official WWWF (WWE) World Championship was designed. That belt was stolen in 1965 and is believed to be lost forever. You can learn more about the story of “Bruno’s Belt” at IPWHF.org.

The International Professional Wrestling Hall of Fame received approval of its charter from the New York State Board of Regents on December 10, 2019. The non-profit organization is committed to promoting and preserving the history and culture of professional wrestling, including the many contributions by wrestlers and individuals from diverse backgrounds and cultures. The IPWHF museum will be constructed in New York State, USA, in a location that is forthcoming.

The IPWHF Inaugural celebration was originally scheduled for May 16, 2020, before the COVID-19 pandemic response in the United States prompted the event to be postponed. The organization is now planning its first Hall of Fame Induction for 2021. Further details will be released about that event, and the opening of the IPWHF museum, in the coming year. Fans and supporters can subscribe to our mailing list at IPWHF.org to receive these updates, and follow IPWHF on Facebook and Twitter to be part of our online community.

Those who wish to support the IPWHF and its mission can do so by making a purchase at the IPWHF Shop. All proceeds from the sale of IPWHF t-shirts and other merchandise directly support the International Professional Wrestling Hall of Fame.”