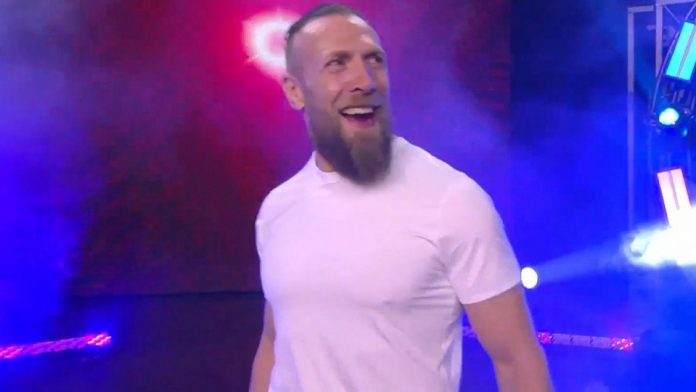 Bryan Danielson says he will not be doing the “Yes!” chants in AEW because he respects WWE’s intellectual property. Danielson recently appeared on the “Rasslin” podcast with Brandon Walker and revealed how he had a great talk with Kevin Dunn, WWE’s longtime Executive Producer & Chief of Global Television Distribution, before debuting with AEW. Danielson was asked to respect WWE’s IP, and he said he’s trying his best to do that.

Regarding the popular “Yes!” chants, Danielson said that while he will lead others in doing them, he won’t do them himself.

“I’m not doing it myself because I respect WWE’s intellectual property,” Danielson said. “I don’t think anything legally, they haven’t threatened anything legally. So I had a great conversation with Kevin Dunn with WWE before I debuted with AEW. I was very upfront with WWE about, ‘Okay, I want to let you guys know I’m leaving. This is my debut date’ and all that kind of stuff. They asked me, politely, to respect their intellectual property, even some of the things that couldn’t be legally enforced. I’m trying my best to do that.”